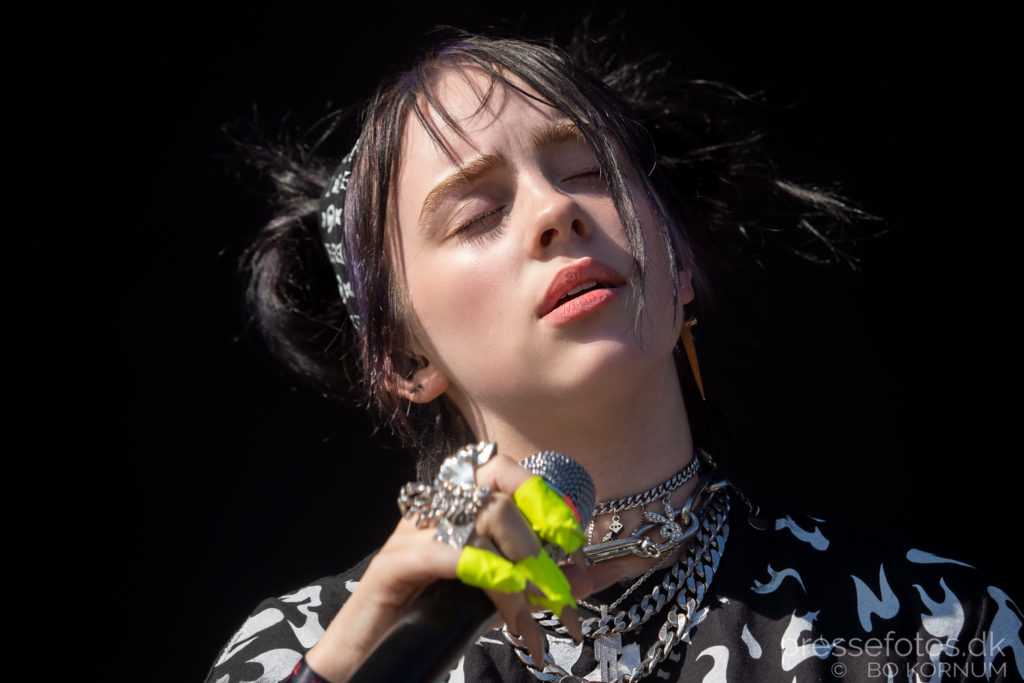 Billie Eilish. The brightest star on the music sky right now!
Tinderbox scoop ! Nothing less, to have booked Billie Eilish just a few months before her career rocketed, is truly a scoop. and the crowd showed that for sure, close to 45.000 people showed up at tusindårsskoven, to see and hear the phenomenon, who has the potential to be the next Prince or Amy Winehouse, if she just stay true to herself, and keep her feet on the ground. Her style is hard to explain, but it’s a mix of lovely tunes, weird sounds, wild parts, breaks and af cause her very significant bass.

At tinderbox it seemed like the soundsystem could not quite handle that bass, and that was a shame, cause its so important for her music to sound right, never the less it was a treat to attend, because there’s no doubt in my mind, A STAR IS BORN !

Her full name is Billie Eilish Pirate Baird O’Connel, born 18 December 2001, at the age of 11 she started writing her own songs after a few years being member of the Los Angeles Children’s Chorus. At 14 her debut single “ocean eyes” came out, (must be named after her fantastic eyes) it went viral and were streamed almost 200 million times. But when she came out with the single “When We All Fall Asleep, Where Do We Go?” her career rocketed even more! Her debut album, with the same name came out 29 March this year and after just a week it went #1 at the billboard top 100.
Photo: Bo Kornum – Se full gallery here