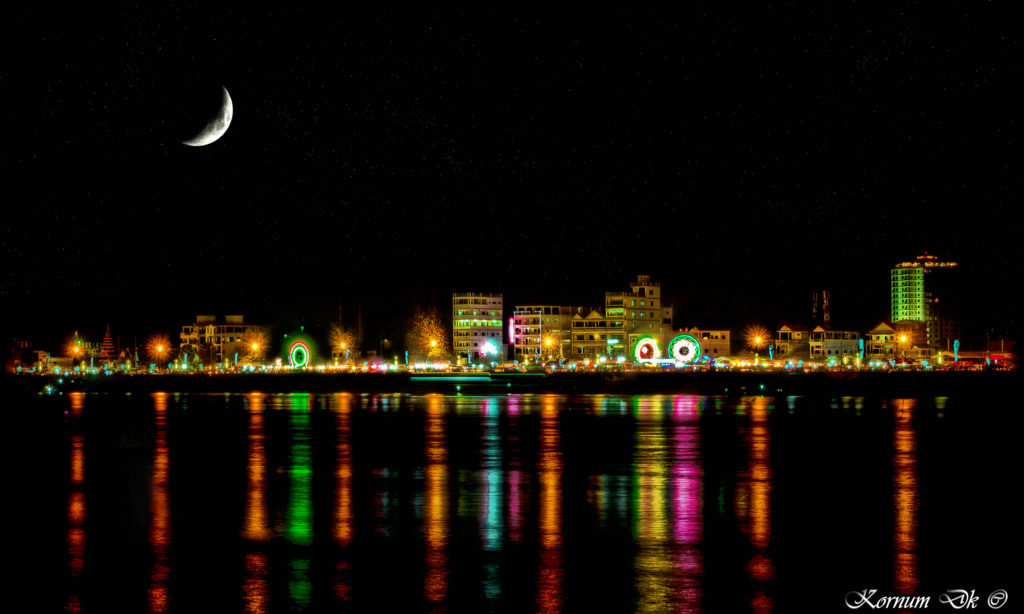 Phnom Penh, and what to do there.

Phnom Penh, the Capital of the Kingdom of Cambodia, It’s a rather small “big” city, with just under 1.5 million people.
The Khmer people, is a friendly and helpfull people, even after all their hardship over the last 100 years. and they will make you feel welcome and at home in an instant. The city its a treat to visit, from the glimmering spikes of the royal palace to the local people getting together at Sisowath Road in the evenings.

So what to do when your there ?
Theres a lot to do there, from a stroll down Sisowath, down to Wat Phnom, to a trip outside town to visit Udong Monkey Temple, and Killing fields.

First of all you of cause need to go se Killing Fields of Choeung Ek and  Tuol Sleng Genocide Museum, its a part of the newer world history everyone should know. A stroll Down Sisowath, is also a must,  Watching the life, street vendors, or just drinking a soda, watching the life on the river, At evening The khmer people come out to exercise, to play or to have their own little family picnic, more over its the place of the most restaurants, Thai, Indian, Khmer. I can recomend a Thai Restaurant called Chiang Mai, its great food, and somewhat cheaper than the Khmer restaurants there. Kids playing in the river

Walking a bit further down Sisowath Quai you will bumb into the “boat people” families that invested in a big wooden boat, on wich the whole family lives, but also uses for taking people on small trips, either to se Phnom Peng from the riverside in the sunset or to take you to one of the islands, Silk Island is the closest one and absolutely worth a visit, you will have a few hours to walk around there, and will be invited to se a small family silkery, se how they make silk from from the butterfly puppe, till finished product. almost opposite the pier with the boats, you will find Wat Phnom, it’s located on a small hilltop, and surrounded by a small park, nice place to hang around too. One of my favorites in the city, is the hidden city of Doeum Slengs, its only known to few, even most of the Tuk Tuk drivers do not know this place, its a city with inn the city, where the poor found out if they build’ed their house on a grave yard, they could avoid paying taxes on land. so they did. its a fantastic place, even so poor they welcome you, and offer you to join them for rice…
more photos here It’s important not to forget the markeds also, theres 2 main ones, Russian markes, and Centram Marked, im my point of view, the best is Central marked, its located right in the center, so easy to get to, and there’s a lot to buy there, right across theres a tall round building, this is also a marked with a few fastfood places, burgers and chicken. do not miss out on the markeds Theres many more places in the City worth visiting, like the royal Palace, Silver Pagoda, National Museeum, Independence Monument, Wat Ounalom, Living Arts (Khmer dance show) there’s even a state driven Casino in town, not to forget the small bar streets, if that’s of your liking.

If you feel doing a little tuk tuk drive out of town there’s so much more to see, just within a hours drive.
Ta Phrom Temple at Tonle Bati, is somewhat a mini Angkor Wat, in case you dont have the time to go to Siem Reap, to se the real one.
Ta Phrom is dated back  to the 12th century, featuring Hindu mythology, and well-preserved stone carvings.

Or go the opposite direction and visit Oudong Monkey pagodas, this trip is great, because on the way you will pass, not only, the muslim citypart and markes, but also the silver factory district, bouth places worth a stop.