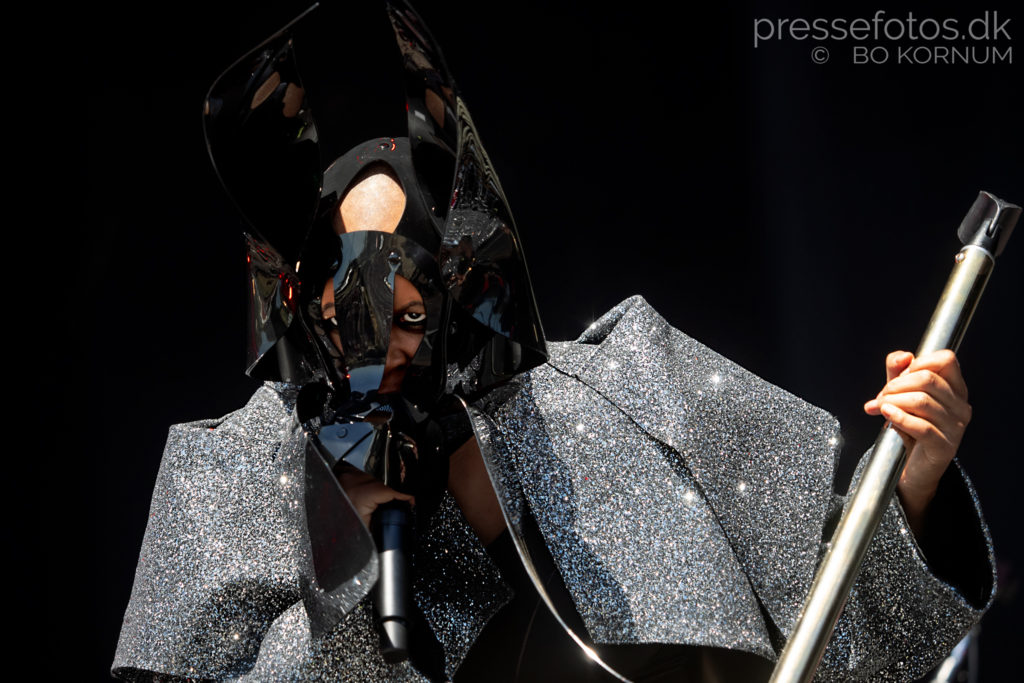 Dressed up with a Animal Like Latex Mask in 30 degrees Skin and Skunk Anansie performed their first live concert in almost 3 years, and even though they booked to a rather unfavorable, at 2 pm, opening the main stage, they grabbed the audience within minutes, and filled up the square, and when they played, some of their former big hits like Weak and Hedonism, the public went wild.
I loved them in the late nineties when they debuted, i will admit it was on their second album, “Stoosh” i really noticed them, with numbers like “Hedonism (Just Because You Feel Good)”, “All I Want” and “Twisted (Everyday Hurts)”, but so did the rest of the world.

Skunk Anansie broke up in 2001, and Skin continued with a rather successful solo career, but luckily for us they decided to reestablish, Skunk Anansie, and were warm up for Rammstein right after, and later released an new album too.

Great concert, and great revival of a truly great band.